What Lies Beneath the Seafloor? 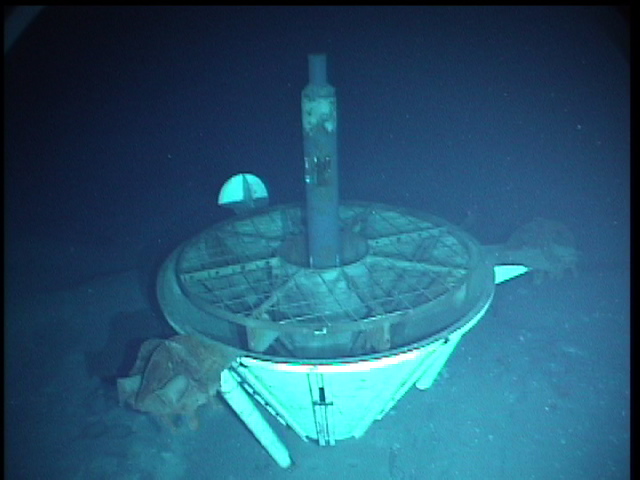 MIAMI — May 3, 2011 — An international team of scientists report on the first observatory experiment to study the dynamic microbial life of an ever-changing environment inside Earth’s crust. University of Miami (UM) Rosenstiel School of Marine and Atmospheric Science professor Keir Becker contributed the deep-sea technology required to make long-term scientific observations of life beneath the seafloor.

During the four-year subsurface experiment, the research team deployed the first in situ experimental microbial observatory systems below the flank of the Juan de Fuca Ridge, which is located off the coast of Washington (U.S.) and British Columbia (Canada).

“Similar to a cork in a wine bottle, our technology stops fluids from moving in and out of the drilling hole,” said Becker, a UM Rosenstiel School professor of marine geology and geophysics. “Ocean water is blocked from entering the hole and flushing out the natural system.”

These natural laboratories allow scientists to investigate the hydrogeology, geochemistry, and microbiology of ocean crust.

A large reservoir of seawater exists in Earth’s crust, which is thought to be the largest habitat on Earth. This seawater aquifer supports a dynamic microbial ecosystem that is known to eat hydrocarbons and natural gas, and may have the genetic potential to store carbon. Scientists are interested in better understanding the natural processes taking place below the seafloor, which also give rise to economically important ores along the seafloor and may play a role in earthquakes.

“The paper is important since it is the first in-situ experiment to study subsurface microbiology,” said Becker, a co-author of the paper.

The research paper, “Colonization of subsurface microbial observatories deployed in young ocean crust”, was published in the April issue of Multidisciplinary Journal of Microbial Ecology, a publication of the journal Nature.