Tuna and Billfish in Double Jeopardy 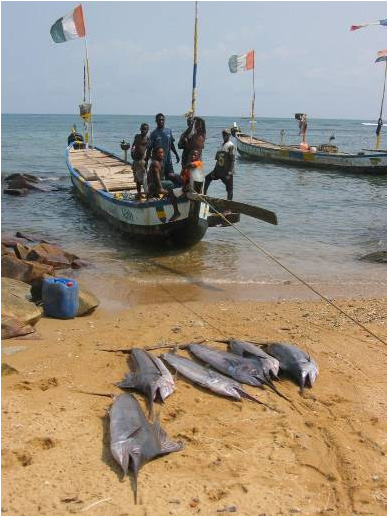 A new study by top fisheries experts presents an alarming assessment of several economically important fish populations. The analysis of 61 species of “scombrids,” which includes tunas, bonitos, mackerels and Spanish mackerels, and billfishes, which include swordfish and marlins, classified seven as threatened with extinction, four as “near threatened” for the IUCN Red List of Threatened Species.

University of Miami Rosenstiel School of Marine and Atmospheric Science associate Professor David Die and colleagues scientifically evaluated the species population and conservation status under the IUCN Red List Categories and Criteria, which is the most widely accepted system for classifying extinction risk at the species level.

“The IUCN assessments offer an alternative that can be used by fishery management organizations to assess conservation status of marine resources,” said Die, who has conducted research on highly migratory tuna and billfish for 12 years.

Of the 61 known species, seven are classified in a threatened category, being at serious risk of extinction. Four species are listed as Near Threatened and nearly two-thirds have been placed in the Least Concern category.

According to the IUCN there is growing concern that in spite of the healthy status of several epipelagic fish stocks (those living near the surface), some scombrid and billfish species are being heavily overfished, and there is a lack of resolve to protect against overexploitation driven by high prices.

Global fish populations are under pressure from overfishing, pollution, habitat degradation, and disease. In 2005 the U.N. Food and Agriculture Organization (FAO) determined that 70% of the world’s commercially important marine fish stocks were fully fished, overexploited, or depleted.

Scombrids and billfishes are found throughout the world’s oceans, primarily in tropical and temperate coastal and marine regions and vary greatly in size and lifespan. The largest billfish, the Blue Marlin, and largest scombrid species, the Atlantic Bluefin, can grow to more than 4-meters long. In contrast, the smallest scombrid species, the Indian Mackerel, only grows to a maximum of 31 centimeters.

The health of ocean fisheries is assessed in several different ways. The IUCN review seeks to identify species threatened by extinction where as fisheries management evaluations focus on a population’s sustainability of exploitation.

“The two processes have different objectives,” said Die. “So conclusion on conservation status of some species may slightly differ between the two processes.”

The study, titled “High Value and Long Life—Double Jeopardy for Tunas and Billfishes,” was published in the July 7 online issue of the journal Science.