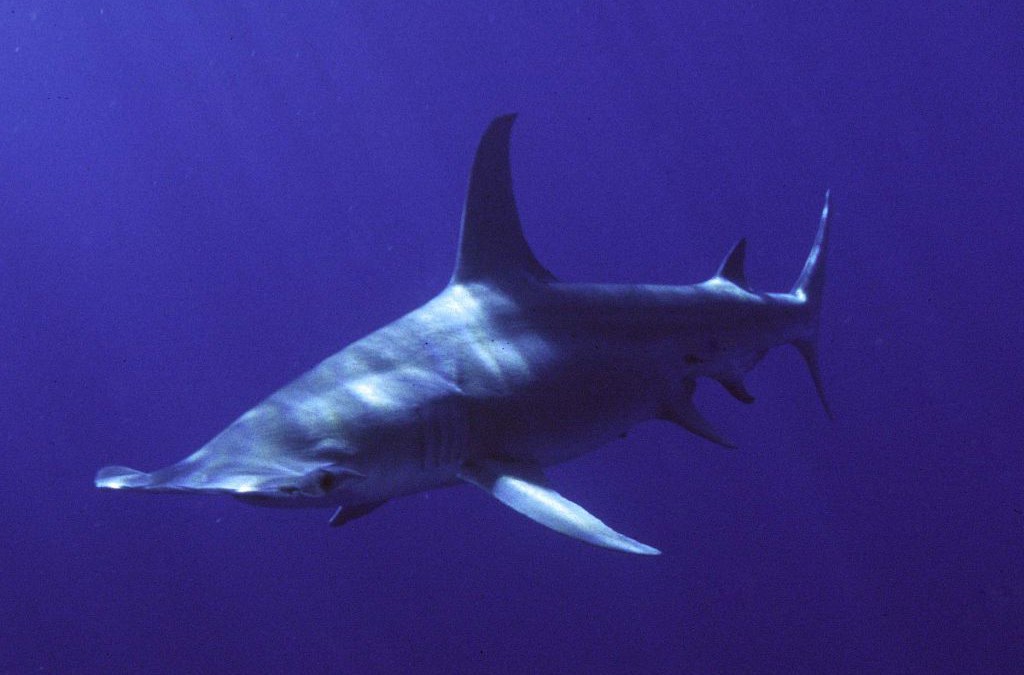 Rosenstiel School research assistant professor Neil Hammerschlag and colleagues tracked one of the nomadic sharks for 62 days to uncover its northeastern journey from the coast of South Florida to the middle of the Atlantic off the coast of New Jersey. The straight line point-to-point distance of 1,200 kilometers (745 miles) represents a range extension for this species. The data also revealed the shark entering the Gulf Stream current and open-ocean waters of the northwestern Atlantic Ocean.

“This animal made an extraordinarily large movement in a short amount of time,” said Hammerschlag, director of the RJ Dunlap Marine Conservation Program at the UM Rosenstiel School. “This single observation is a starting point, it shows we need to expand our efforts to learn more about them.”
The animal was likely following food, such as mahi-mahi and jacks, off the continental slope and into the Gulf Stream current, according to the authors.
This preliminary study is part of a larger effort by Hammerschlag to satellite track tropical sharks to identify hotspots, areas that are important for feeding, mating, and pupping, and to document their largely unknown migration routes. In the last year, the Rosenstiel research team has tagged the fins over 50 large and environmentally threatened sharks in Florida and Bahamas, including great hammerhead, bull and tiger sharks.
The great hammerhead shark is listed as endangered in the northwest Atlantic and Gulf of Mexico by the International Union for Conservation of Nature (ICUN) due to a suspected population decline of nearly 50 percent over the last 10 years. The shark is found in tropical waters worldwide and is under threat of extinction due to overfishing for its large fins, which are prized for shark fin soup, and from accidental bycatch from commercial fishing operations.
“This study provides evidence that great hammerheads can migrate into internationally waters, where these sharks are vulnerable to illegal fishing,” said Hammerschlag. “By knowing the areas where they are vulnerable to exploitation, we can help generate information useful for conservation and management.”
DNA analysis of great hammerhead fins sold in the Asian shark fin market has shown that a large majority of the sharks came from Atlantic waters.
The paper, titled “Range extension of the Endangered great hammerhead shark Sphyrna mokarran in the Northwest Atlantic: preliminary data and significance for conservation” was published in the current issue of the journal Endangered Species Research. The paper’s co-authors include Hammerschlag, Austin J. Gallagher and Dominique M. Lazarre of the University of Miami and Curt Slonim of Curt-A-Sea Fishing Charters.