Plight of the Magellanic Penguin 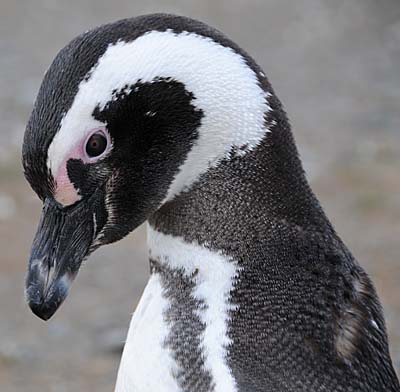 More than 700 dead penguins have washed up on Brazil’s beaches since June, including more than 500 this week along the Rio Grande do Sul coast in southern Brazil. According to today’s CNN report, the Brazilian Center for Coastal Studies concluded that these Magellanic penguins died of natural causes. I would disagree that these iconic seabirds, named after explorer Ferdinand Magellan, are dying from natural causes. Over the last decade, scientists have observed these seabirds traveling longer distances to find food. With their distinctive white bands that loops around their eyes and down the side of the neck, these birds typically migrate in the winter months from their breeding grounds off the coasts of Argentina, Chile and the Falkland Islands to the waters off southern Brazil, Uruguay, and Northern Argentina in search of food. However, human competition for their main food staples – anchovy, sardines, and squid– as well as changes in the ocean conditions due to climate change and oil pollution, are having a real effect on these animals’ ability to survive. Ocean Indicator Species All Washed Up at Rio+20 This June, along Rio de Janeiro’s famed Ipanema Beach, I witnessed a lone starved baby penguin, far off track in search of food, warmth and rest. This was a particularly interesting find, since the Rio+20 Earth Summit was happening only a few miles away. The juvenile penguin I saw was likely starving to death and headed ashore because it was cold and wanted to be more comfortable and rest, according to University of Washington Conservation Biologist Dee Boersma. “Penguins are good indicators of ocean health because they depend on ocean water without petroleum and abundant small fish, so if there is pollution or few fish, penguins will be among the first to come ashore and indicate the problem,” said Boersma. So, although the birds showed no obvious signs of death, the continued and rapid decline in ocean health from human causes – such as overfishing, ocean pollution, oil spills and climate change – is putting the Magellanic penguin populations at risk. And, clearly this is not a natural cause of death.