NYC’s Chinatown is Teeming with Sealife 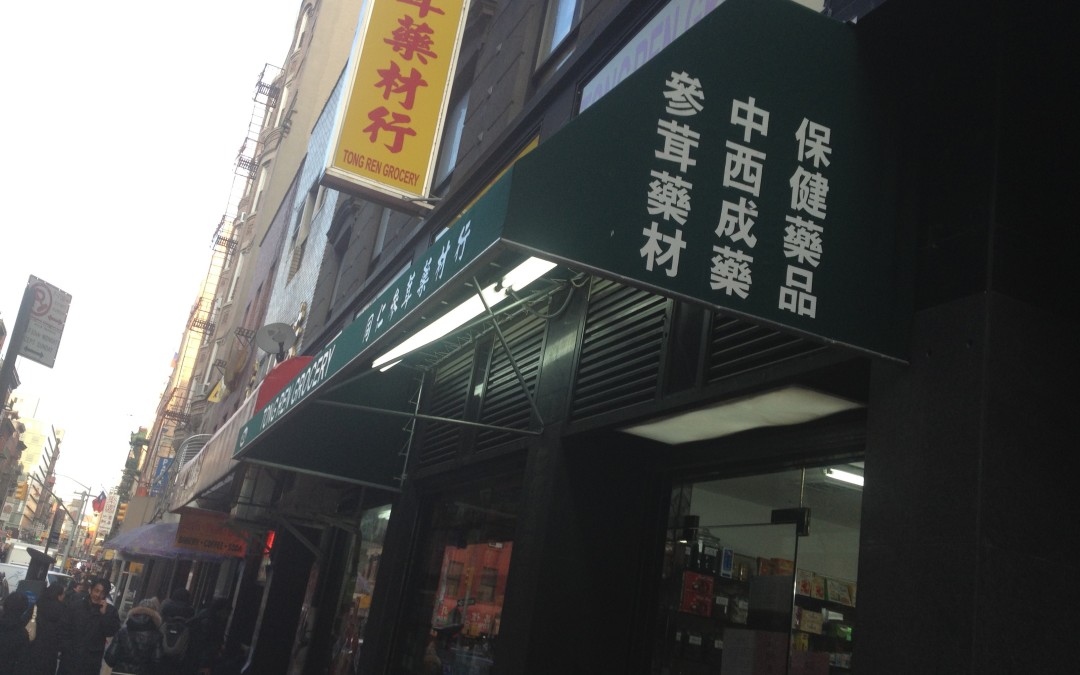 I recently went on a search for shark fins in the famous lower Manhattan district. I expected to find shark fins, and I did, but what surprised me the most were the many types and quantities of other sea life lying lifeless in the pharmacies. In Chinatown, traditional Chinese medicine markets are a major business and each storefront is stocked wall-to-wall with thousands of animal parts believed to hold medical cures. These markets are well stocked with some pricey sea life including, shark fins, abalone, sea cucumbers and sea horses. Thought to be the “ginseng of the sea,” sea cucumbers are being sold for $200 a pound and up. According to scientists, the lack of trade information on sea cucumber from both exporting and importing countries makes it difficult to accurately quantify the international trade of this animal.

Sea cucumbers or Hai shen, as they are known in Chinese, are pickle-sized relatives of the starfish. Traditional Chinese medicine practitioners believe they hold cures for variety of diseases and were one of the eight immortal ingredients used in Confucius cuisine. (The seven others are: shark’s fin, abalone, shrimp, fishbone, fish maw, asparagus, and ham). Fish maw, which is actually a fish’s swim bladder, is also widely available in Chinatown.

I came across a bag of dried “extra large” seahorses for $48 per ounce. The bigger, the better, according to Chinese folklore. Seahorses, when steeped in rice wine, are thought to enliven the blood to cure impotence. The reality, however, is that more than 20 million seahorses are harvested from the ocean each year for traditional Chinese medicine as the “Viagra of the sea.”

In 2004, under threat with extinction from overfishing, the United Nati ons Convention on International Trade in Endangered Species set export quotas on the international trade of seahorses. This international trade measure has not entirely worked. According to a 2011 report from the United Nations Food and Agriculture Organization seahorse gathering in the Philippines may be increasing despite a national law banning their gathering and trade.

Perhaps it’s time to pay closer attention to the consumption and use of threatened and endangered sealife for alternative medicine before they are completely dried up.